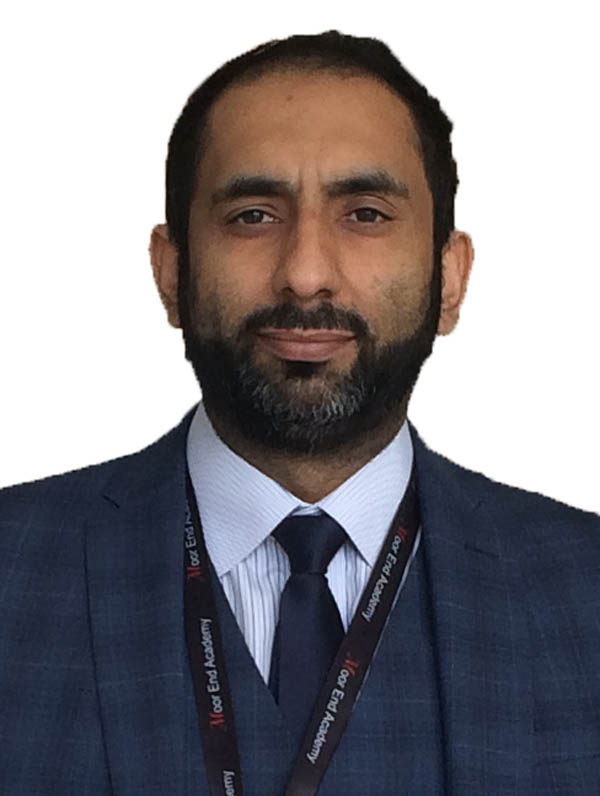 Abdul Hafeez is a former Moor End Academy student, after leaving school and then college, in 1995 Abdul left Huddersfield and went away to the University of Lincolnshire, where he studied BSc (Hons) Business & Technology. During his years at university, Abdul went on to do many jobs through the summer holidays during his University days, one of which included working at the local fireworks factory at Crosland Hill.

Abdul embarked on a career in IT, which meant living away from home again, which this time was for 14 years. Initially, he was appointed as a technician working in classrooms, helping the teachers use software and hardware to improve teaching and learning and to raise pupil attainment. This is where Abdul honed his knowledge and understanding of computer networks and IT systems and their role in improving teaching and learning, quickly progressing to the role of senior technician. By this time his IT skills had rapidly grown to a point where Abdul was in charge of the department and was prioritising work for other technicians. However, his role took him away from the classroom and from working with staff and students and he missed this. Abdul's former Head teacher realised this and offered him the excellent opportunity to train as a teacher through the school based Graduate Teaching Program. It was a time when the ICT department results were not good, but as the years went on the departmental results just got better and better, during his time the school was rated OUTSTANDING twice by Ofsted.

In 2014 Abdul lead the department and its success still continued, always in the top 5 of all subjects. Then in 2017 he had the opportunity to come back home, to give back to the community he grew up in, so became subject leader of Business & Computing at Moor End Academy.

Abdul is a keen football fan, who follows Liverpool avidly. He also likes to relax with his family who regularly go out together at the weekends. Abdul has also for the past few years been learning to play golf, which he is really enjoying.